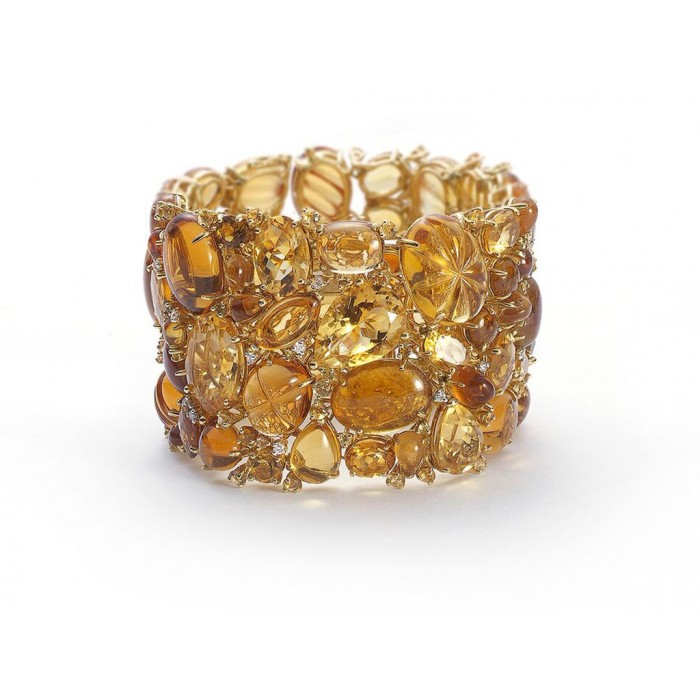 This bright shining gem has said to be a gift from the sun.
The name Citrine, which is French for “lemon”, fits well with its colour range of juicy lemon yellow to a bright orangey brown.
Most people choose a Citrine based on their personal preference, but some of the most sought-after Citrine gemstones have a clear, radiant yellowish to brownish red colour.

In ancient times, Citrine was carried as a protection against snake venom and evil thoughts.

Today, Citrine is known as the merchant’s stone and is associated with success and prosperity.
Citrine is one of the most popular and affordable gemstones. It is relatively plentiful and available in a wide range of sizes and shapes, including very large sizes.
These reasons make it a great gem for that big, bold, statement piece

In shades of yellow, brown, honey, green, blue, red, pink and sometimes no colour at all, Topaz has a mass appeal.
Topaz is often found in an amber gold, yellow, or a blushing pink orange but a pale pink or a sherry red Topaz is very exceptional.
Blue, once the most rare colour of Topaz, is the most common today due to man’s ability to enhance its colour; Topaz with a naturally blue colour is very rare.
The most prized colour of Topaz is called Imperial Topaz and features a magnificent orange with pink undertones.
The ancient Egyptians and Romans associated this golden gem with the sun god giving it the power to protect and heal.

With its worldwide mass appeal throughout the centuries, once you find that perfect Topaz you’ll soon be under its spell.
Share this article

Citrine and Topaz are the two beautiful gemstones that represent… 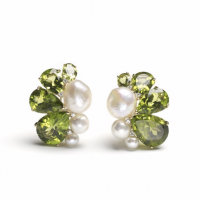