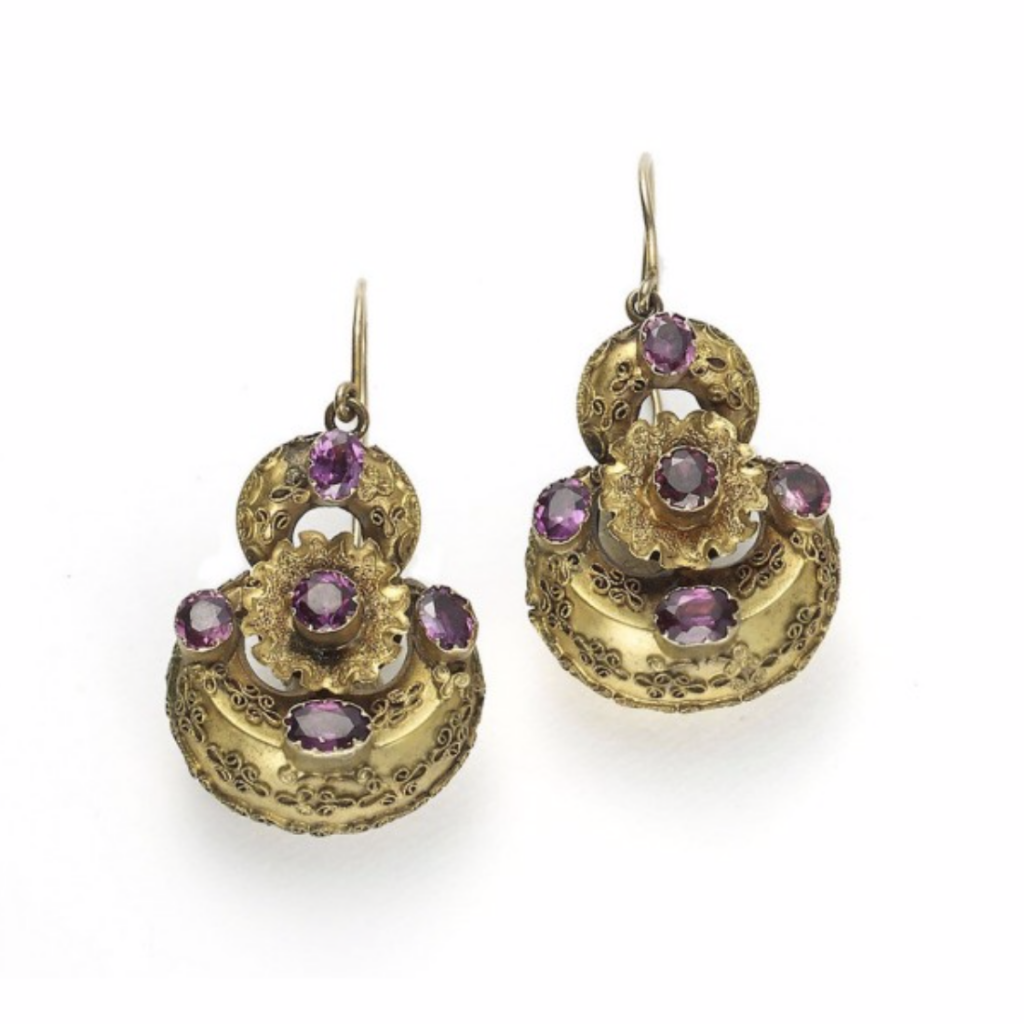 Garnet, the beautiful and diverse birthstone for January, comes in many different colours.

The most popular is the deep red coloured variety. Named from the Latin ‘granatum’ meaning “seed” referring to its resemblance to the pomegranate seed, this stone is deep and rich in tone.

Commonly red, they also come in an extraordinary range of beautiful colours, including orange, yellow, purple and vibrant green. There are even stones that change colour from blue to purple in different lighting. Purple represent a great burst of life and heavy emotional investment. Red is a vibrant and exciting colour that indicates a person is full of energy and life. Yellow-green is more earthy and for someone who is reliable and steady.

This gemstonecan be traced back to Egypt as far back as 3100 B.C. Egyptians used them in the jewellery they wore and the decorations they made. In ancient times it was believed that all gemstones had special powers and that the people who wore them in their birth months drew from their energy.

A Georgian almandine garnet and pearl ring, with a central round, faceted garnet, surrounded by ten, half seed pearls, with a heart-shaped garnet set in each shoulder, with granulated decoration, mounted in gold, with a chased  and engraved shank. Circa 1830. £1,750

Being positioned so near the new lunar cycle makes this a birthstone that is symbolic of travel and movement. Those born in this month often lead a rewarding, varied and very active life.

A Victorian, Hellenistic style, garnet pendant, with an oval, cabochon-cut garnet set in the centre, in a rub over setting with a twisted wire surround, in a recessed mount, with a gap between the garnet surround, set with eight, cabochon-cut garnets, with intertwining and surrounding Hellenistic style wirework decoration. The plain back has an inventory mark, numbered 2531, with a glass picture locket, with  blue fabric backing. The pendant is on a loop-in-loop chain, with gold terminals and a box clasp, engraved with a flower, circa 1875. £7,800

The true value of this birthstone is its power to bring the wearer good health, wealth and happiness and usually signals eternal friendship and trust.  This makes it the perfect stone to give to a someone who has a birthday in January.

View our entire collection at our premises in Burlington Arcade, London