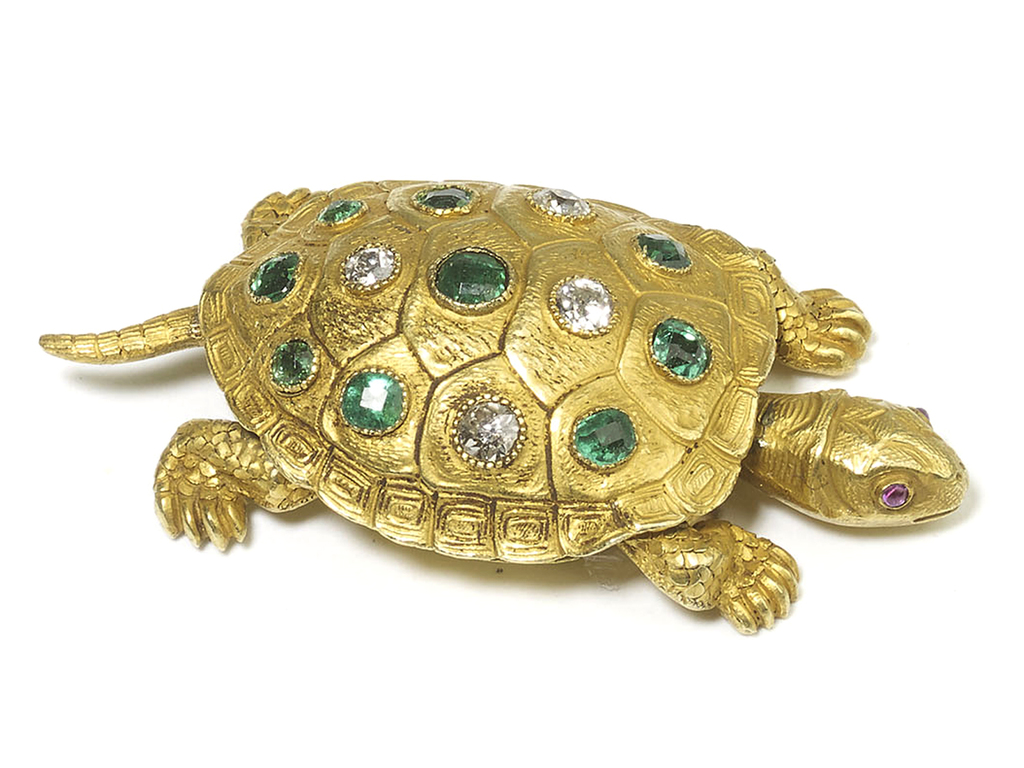 A French, turtle brooch, with sprung moving head, legs and tail, set with cushion shaped emeralds and old-cut diamonds, in millegrain edged rub over settings, in the shell, mounted in 18ct gold, engraved to represent the shell and skin of the turtle, with cabochon-cut ruby eyes. With French eagle mark, for 18ct gold and and E P maker’s mark.

Edmond Plisson’s mark is a lozenge, with E P, with a cat sitting between the two letters. This mark was in use between 1885 and 1898.
E.P. un chat assis

Here is the timeline for Edmond Plisson’s career: 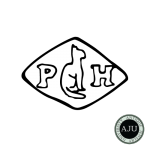